This is a new approach I'm experimenting with where I'll post answers to selected audio or audio mastering-related questions sent in via the contact us page (most recent answers will appear at the top).

What is the most important Process Behind a Good Master?

In my view, the most important process behind a good master is the listening process. Before one considers making any adjustments to a mix, I recommend that they critically listen to the mix on a calibrated, full-range, high-resolution playback system. Let's work backwards and dissect this:

Having said all of this, I believe that the listening process is the most critical part of creating a good master. If one doesn't take the time to critically listen or cannot listen correctly because they do not have a system that allows them to, they will find it challenging to know if they are making adjustments that are helping the music.

March 2020 - Why is Mastering So Important iN Music Production?

In my view, mastering is important in music production because it is - at least in part - a "quality monitoring" process where the "critical listening" aspect is intended to surface issues that the mix engineer/producer may not be aware of. The producer and mix engineer will typically work very close to the music, focusing on the details and getting things as right as possible.

For some, it can be a challenge to do that detail work while also "stepping back" for a big picture view of the work. This is where things can get missed (maybe too much bass, or not enough clarity in the top end, or a bit of congestion in the lower mids). The mastering process offers an objective, second set of ears that in most cases will not have been involved in the production thus far. Therefore, the person mastering the mix will hear it for what it is, and they can echo what they hear back to the producer/mix engineer for confirmation (e.g. "This is what I'm hearing, is that what you intended it to sound like?").

In my experience, this collaborative feedback process is important because once a song or album is published, it's hard to go back and make changes if there's an issue. You can always republish another version but for anyone who has the first release, that's likely the version they'll stick with. Streaming is a little different but even so - in my view it's better to get it right before you publish.

Having said that, the person mastering the music won't necessarily catch every issue, but they will catch issues that can be overlooked by those working closer to the inner details and they will also catch many to most issues that the average listener and fairly discerning listeners will notice such as the uneven bass that distracts from the rest of the mix, or inaudible rumble that causes a house to shake when a subwoofer is involved. Addressing the issues then becomes a discussion - back to where the issue stems from, is it fixable, etc.

The ultimate result of the mastering process is a master that maximizes a song's potential by reducing or eliminating issues that distract from its finest points.

How to Create Better Mixes

How to Create Wide Stereo Mixes

How to Perfect Your Midrange!

How to Stop Noise from Ruining Your Mix

How to Create Louder Mixes

Checking Your Mixes in the Car

How to Use Mid/Side Stereo Creatively

How to Use Reverb Creatively in Your Mix 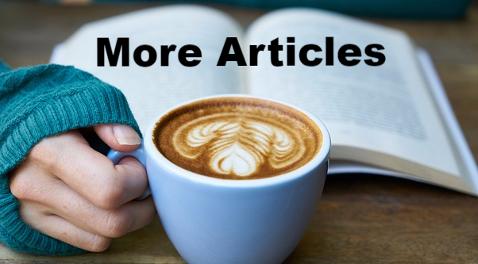