How do I improve how my mixes sound on streaming services such as Spotify, SoundCloud and YouTube?

I often receive questions about how to improve sound quality on streaming music and video sites such as Spotify, SoundCloud and YouTube. This article addresses those questions and my suggestions apply to any streaming service or any lossy file or streaming format (Mp3, Ogg, AAC etc.).

Some things to note about music streaming services:

Is there such a thing as Mastering for SoundCloud or YouTube?

I personally do not set out to master a track specifically "for SoundCloud" or "for YouTube". I follow the recommended practices for Mastered for iTunes which - in my view - apply to any lossy format (such as avoiding clipping and distortion, and keeping peaks below -1 to -1.5dBFS).

Streaming formats used by SoundCloud, YouTube and other websites will be here for awhile, so it is important to understand how to make the best of these formats. The spin-off benefit to improving your sound on SoundCloud and YouTube, is that - in general - you will achieve better recordings and mixes, too!

Improve the sound of your mixes on SoundCloud and Spotify

This advice applies to any music streaming site. If you search the internet to learn about the sound quality of SoundCloud, you will find many forum discussions where countless people express their frustration at how their mixes sound after they post them to a streaming service, such as SoundCloud. The issue is not SoundCloud's or Spotify's fault. It is possible to achieve a relatively high sound quality on SoundCloud and other streaming audio sites.

At the time of this writing, SoundCloud converts all uploads to a lossy format for streaming purposes. While lossy formats have limitations, they are a necessary evil because of today's internet bandwidth limitations. Despite those limitations, it is possible to achieve a relatively high sound quality when streaming your music.

First, it is important to understand a little bit about how lossy compression works. Using Mp3 as an example - and without getting too deep into details - Mp3 uses something called "perceptual coding" to compress audio. At a very high level, all that means is that the encoder analyzes your music and removes pieces of it that it doesn't think you can hear (elements that are hidden by more prominent elements in the mix). For example, at 128kbps, the encoder will remove anything above 16kHz (many people cannot hear too far beyond that point). It may also remove parts of your mix that are masked by stronger elements. To get a sense for pieces that get removed, please check my "Issues With Lossy Formats" article.

Optimize your mixes for any streaming service

Perceptual coding schemes typically respond poorly to complexity such as distortion because it can often be harmonically rich, and wide-bandwidth, and that is the root of most of my suggestions. Having said that, here are my recommendations for achieving the very best sound quality when posting your mixes to any streaming service, including SoundCloud:

If you are skeptical about any of my suggestions, above, consider this fact: Mp3 predates the loudness war. It was developed in the early 1990s and was made available for widespread usage in 1995. The song "Tom's Diner" by Suzanne Vega is considered the "Mother of Mp3" because Karlheinz Brandenburg used this song (among several others of course) to fine tune his Mp3 enoding scheme. "Tom's Diner" was released in 1987 - well before the so-called "loudness wars" ever started - and also long before mainstream home recording became as popular and advanced as it is today (in 1987, many home recordists used cassette-based 4-track multi-track machines - how far we've come!!). Mp3 has surely evolved also, but it is important to note mixes with very heavy dynamic compression, saturation and "maximization" - that are often heard today - were more of a rarity in 1987.

How does Loudness Normalization impact how music sounds on streaming services?

Several streaming services now employ loudness normalization. For example Apple Music uses "Sound Check" which adjusts all songs to a set target gain level of -16LUFS and other services have targets of their own. Loudness normalization eliminates the perceived "benefit" that high gain will have on your master because if the gain is higher than the streaming service's target, it will only get reduced downward to meet that target. Therefore, any processing you use to maximize the gain (excessive brightening of the tone, heavy limiting, "maximizers" etc.) will only harm your mix (and your music!)for no real advantage. This means that now more than ever, mixes with wide open dynamics will sound clearer and more musical than heavily compressed and limited mixes.

Looking for feedback on your mixes? 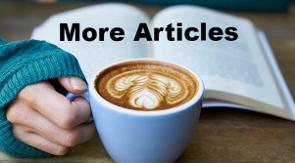